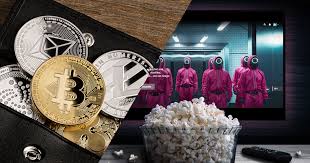 In the October 2018 of Fraud Magazine, Mark Whitacre, a convicted fraudster, explains how he set up dummy corporations to line his own pockets after falling for a Nigerian fraud scheme.

Mark served 8 years and 8 months in federal prison for fraud. He received a fax from Nigeria to which he along with 3 other Vice Presidents in his company and he personally invested about $200,000. He was duped into investing into a scam that promised him $50M in return. The four parties later figure out it was a scam and lost all their money. Despite a hefty salary and stock options they decided to reimburse themselves from the company to make up for their losses.

How they did it

The 4 parties set up a dummy corporation which was an overseas company. They then sent invoices to their victim company for biotech goods and services which were never provided. All the money paid to the dummy corporation went into lining the fraudsters pockets.

Like many fraudsters, Mark rationalize his fraud by telling himself that it was a reimbursement for the money that he lost; his “severance package”.

No comments to show.